Meet and connect with the people who serve our church by providing spiritual leadership and teaching to equip the church, and by working alongside the congregation in our church’s ministries. 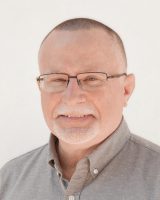 Michael Boys is a graduate of Baptist Bible College and The Master’s Seminary, and holds a D.Min. in Preaching from Gordon-Conwell Theological Seminary. He has led churches in Michigan, California, and Texas. He and his wife Christy have been married for over forty years. Both their sons serve as pastors, alongside two beautiful daughters-in-law and seven grandchildren. Christy recently published a Bible study guide entitled Be Who You Are — Discovering What the Beatitudes Reveal about Identity.

Michael comes to Calvary commissioned and supported by the elder team and membership of Christ Community Church in Houston, Texas (C3Houston.org), which he helped plant in early 2012. Michael is honored to use his training and experience in expository preaching to equip the church as we pursue what God has for us all together, for His sake and to His glory. 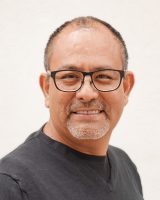 Born in Guatemala, Rolman came to the U.S. in 1990.  He soon gave his life to Christ and received God’s call into full-time ministry.  He graduated from the International Bible Institute Abida in Los Angeles and then earned a double major in Philosophy of Religion and Psychology from the University of La Verne.  Rolman has been in pastoral ministry for many years, serving alongside his wife Patsy.  He has a passion to share the gospel and equip others to enjoy a vibrant relationship with Jesus Christ.  He loves to spend time with Patsy and their three daughters, as well as to watch sports and action movies. 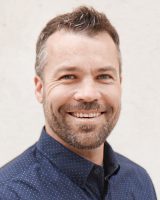 Dave was raised in Oregon, but moved to California to attend The Masters College where he graduated with a B.A. in Bible Exposition and met his wife Tricia. He also holds an M.Div. from The Master‘s Seminary. He has served in local church and para-church ministry for over twenty years, with a heart for life-on-life discipleship and training. Tricia has served with Dave, often to young adults, and is the Director of Theatre Arts at their alma mater. Dave and Tricia have been married for twenty years and treasure their families who live in California, Oregon, and Texas.
Dave is thankful to be called by Calvary Baptist to help shepherd the flock along with the pastors/elders. He has a heart for discipleship and equipping others to connect Biblical teaching with godly living for kingdom impact. 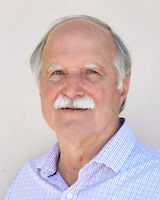 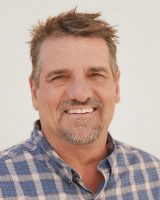 Jeff Ruppert was raised in Truckee, California, and gave his life to the Lord while in junior high school. He moved to Southern California to study engineering/physics eventually ending up in Santa Barbara where he has been a contractor for over 30 years. Jeff and his wife Kara have three children, Holland, Joele, and Gunner. Jeff’s interests include boating and camping with family and friends and playing golf.

John Sikich received his K-9 teaching credential at UCSB and taught 5th grade at Santa Barbara Christian School for 10 years, where he met his wife Fern, who was teaching 2nd grade. John then worked as a controller for a custom home builder in Santa Barbara, while helping to homeschool their 3 children for Kindergarten through 12th grade. He and Fern continue to serve as leaders in the Christian homeschool movement, both on the state and local levels. John has been active for many years in the Awana program and as a sound technician for Calvary’s worship services. 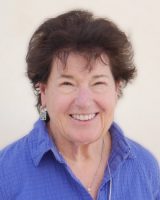 Colleen has been active in ministry in Santa Barbara for over 40 years. She was the Administrative Assistant to the Campus Pastor and Chapel Coordinator at Westmont College before retiring in 2018, and is also on the board of Santa Barbara Sending (SBS). Colleen and her husband Howard have been married for over 50 years and have two grown children and one grandchild. She enjoys quilting, walking and praying with friends, being out on the pickleball court, and being with friends and family. 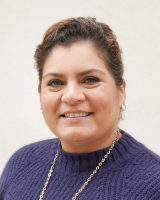 Patsy was born in Zacatecas, Mexico and came to the U.S. in 1991. She graduated from the University of La Verne with a double major in Philosophy of Religion and Psychology. She serves in ministry alongside her husband Rolman, and has three daughters. Patsy works as an Office Assistant at San Marcos High School and enjoys traveling, reading and watching movies. 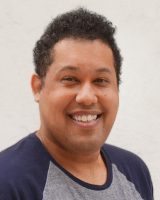 A Santa Barbara native, Dan has been a part of Calvary Baptist since 1991. He attended Biola University where he majored in Cinema and Media Arts and minored in Biblical Studies. Dan has served in Calvary’s youth and worship ministries over the years in addition to creating and overseeing much of the visual media for the church. He enjoys filmmaking, playing music, and working on various art projects.

Need more information? Have a question?
Please contact us at questions@cbcsb.org

Office Hours: By Appointment Only